I. “Hey, man, I’m selling my guitar so I can play the electric jug.”

Thinking about the early Bee Gees records reminded me that they were far from the only musicians to decide in 1967 that it was time to step up their ambitions. On both sides of the Atlantic, new and established acts alike could not help but hear the innovation happening around them. It was more than Sgt. Pepper and Revolver: the painstaking beauty of the Beach Boy’s Pet Sounds, the increasingly elaborate and emotional wordplay of Bob Dylan’s electric albums, and the fearless, avant-garde experimentation of Frank Zappa and the Mothers of Invention on Freak Out! all helped to expand the definition of what pop and rock were capable of. And in 1967, there were no nationally-televised prime-time singing competitions, no radio conglomerates; was marketing, but marketing was new and willing to take chances. An artist could push the boundaries and get major-label deals and mainstream exposure.

The results were some terrific albums like those of the Brothers Gibb…and a lot of mediocre and just plain bad material. There’s only so many “electronic masses” and sound collages and electric jug bands a person can absorb without going insane.

Yes, complete with an ELECTRIC FREAKIN’ JUG! See what the guy on the far left is holding? Do you SEE THAT? Who thought this was a good idea?!

END_OF_DOCUMENT_TOKEN_TO_BE_REPLACED

Two memories from my childhood came to mind when I heard that Robin Gibb had died in May.

First, my parents’ laughter as “Stayin’ Alive” or “How Deep Is Your Love” came on the car radio and a four or five year old Andrew proudly declared that this was the BeeGees with a very hard G. I was conscious of the Bee Gees even that young. Say what you like about them, there was a stretch of several years when Barry, Maurice, and Robin Gibb, and their solo brother Andy as well, were inescapable in every part of the globe, and that gave them a permanent, ubiquitous place in pop culture, veering on the scale from the mostly ridiculed to the mostly respected. That ubiquity makes it harder to believe that the Bee Gees are now truly no more, as only Barry remains with us from the Brothers Gibb.

As we all remember them…

END_OF_DOCUMENT_TOKEN_TO_BE_REPLACED

A few weeks ago on Facebook, my old friend Jonathan Callan (a fantastic writer in Los Angeles) responded to a comment of mine with the words, “Andrew: I love you but you’re lame. Get a role model with an actual skill.”

The “role model” whose praises I had been singing in my own comment is Chris Hardwick, the comedian who made the unexpected transition from being a punchline himself, as the host of the successful but reviled MTV show Singled Out, to the mastermind behind the acclaimed Nerdist Podcast and the accompanying Nerdist Industries website.

Naturally, as a fan of Hardwick’s I took offense to this remark, but the writer in me wanted to produce a more thoughtful reply beyond “he does so have actual skills!” Thus, I got to thinking, and the answer came during a listen to one of my favorite episodes of the Nerdist Podcast (#204, “Gersberms”). It suddenly struck me how much Hardwick resembled one of his own heroes, and this resemblance made me further realize what precisely Hardwick’s greatest talent is.

I would argue that Chris Hardwick is the 21st Century equivalent of Johnny Carson.

END_OF_DOCUMENT_TOKEN_TO_BE_REPLACED 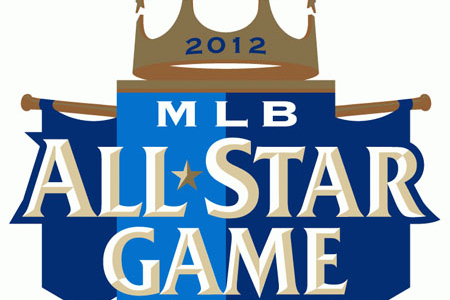 END_OF_DOCUMENT_TOKEN_TO_BE_REPLACED

Picking up where we left off last week, I am continuing my run through the best that TV had to offer this past year. This week I am listing off spots ten through three from my top ten list. I tried to write out what made each of these shows special and worthwhile, though none of them got the space for consideration and praise that they truly deserve. That being said, I realized before I even wrote this that the two shows that top my list will need a ton of space just to get all my thoughts about them into coherent order. So they will get their own posts in a few days. Until then, enjoy this section and take a guess as to what my top two are.

Oh, and if you haven’t yet, check out my Honorable Mentions and Individual Citations list first. Enjoy!

END_OF_DOCUMENT_TOKEN_TO_BE_REPLACED

“Teenage angst has paid off well,
Now I’m bored and old.
Self-appointed judges judge
More than they have sold”

Note: This article is best read while listening to Loud Music.

The idea of a generation of young people living and breathing and sharing the same cultural experience is not a new thing. It’s only in the 20th Century that Americans have, in an effervescent need to create a label for anything and everything under the sun, labeled themselves as belonging to part of a generation in an effort to unite and identify their own personal experience so as to make sense of the whole thing. Or something like that.

END_OF_DOCUMENT_TOKEN_TO_BE_REPLACED END_OF_DOCUMENT_TOKEN_TO_BE_REPLACED

or: How I Learned to Stop Worrying and Love the Puck

According to my esteemed Recorder colleague, there was an insanely-important, mega-massive sporting narrative that occurred around the same time the northern hemisphere officially welcomed summer’s arrival.

It was about a ‘King’ finally winning a trophy, or some other such story.

Really, it confused me. Who cares about a King winning a trophy, when the L.A. Kings won Lord Stanley’s Cup for the first time in franchise history?

But this was the only signal of summer’s advent: besides the Cup finding a brand new home, I won my NHL Playoff fantasy league, Adam Henrique didn’t win the Calder Trophy, Pavel Bure did get elected to the Hall of Fame, the Draft came and went, and the NHL free agency season came to life.

Despite my excitement, I can’t say my priorities were always aligned this way. Once upon a time, the bleak months after the Super Bowl were a dead time before the catchers & pitchers reported to Spring Training. This is because, for much of my life, I had turned my back on the NHL. But I was saved from this ignorant hockey darkness by the trinity of friends, family, and fantasy sports.

Meanwhile, the other theme here is that I care not one jot for David Stern’s NBA.

My up-and-down relationship with the NHL began back in my childhood. I had attended a couple Milwaukee Admiral games (who were, at the time, part of the IHL). When I started to watch hockey on TV, which wasn’t too often, I found myself rooting for the Minnesota North Stars.

END_OF_DOCUMENT_TOKEN_TO_BE_REPLACED

Happy 4th of July from all of us at the Recorder! 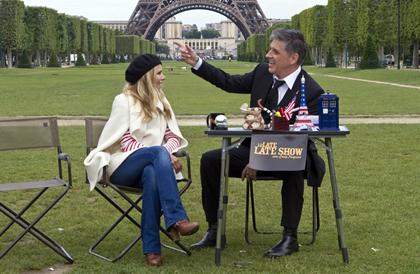