or: How I Learned to Stop Worrying and Love the Puck

According to my esteemed Recorder colleague, there was an insanely-important, mega-massive sporting narrative that occurred around the same time the northern hemisphere officially welcomed summer’s arrival.

It was about a ‘King’ finally winning a trophy, or some other such story.

Really, it confused me. Who cares about a King winning a trophy, when the L.A. Kings won Lord Stanley’s Cup for the first time in franchise history?

But this was the only signal of summer’s advent: besides the Cup finding a brand new home, I won my NHL Playoff fantasy league, Adam Henrique didn’t win the Calder Trophy, Pavel Bure did get elected to the Hall of Fame, the Draft came and went, and the NHL free agency season came to life.

Despite my excitement, I can’t say my priorities were always aligned this way. Once upon a time, the bleak months after the Super Bowl were a dead time before the catchers & pitchers reported to Spring Training. This is because, for much of my life, I had turned my back on the NHL. But I was saved from this ignorant hockey darkness by the trinity of friends, family, and fantasy sports.

Meanwhile, the other theme here is that I care not one jot for David Stern’s NBA.

My up-and-down relationship with the NHL began back in my childhood. I had attended a couple Milwaukee Admiral games (who were, at the time, part of the IHL). When I started to watch hockey on TV, which wasn’t too often, I found myself rooting for the Minnesota North Stars.

I don’t know the reason behind my young and newfound love of the North Stars. Part of it was likely my family connections to Minnesota. Another part of me probably had a soft spot for Minnesota teams after watching Kirby Puckett and the Twins win the World Series over in my beloved sport of baseball. 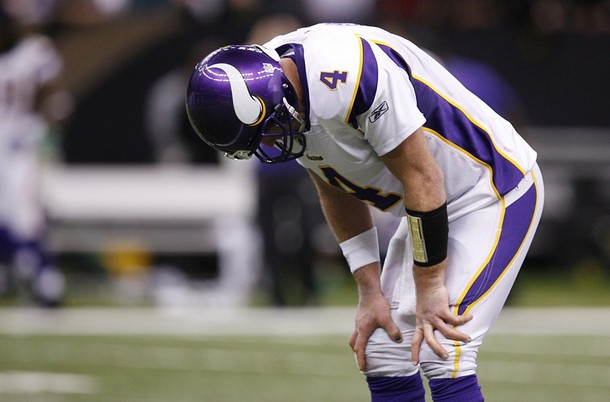 Note: this soft spot does not extend to the NFL’s Vikings. Never did, never will.

But I think the biggest reason was the underdog nature of the North Stars. To a kid who doesn’t know much about the NHL, when the announcers tell you a team shouldn’t be winning – and the team wins – it’s rather exciting. I could relate; my favored teams in the other major American sports (Bucks, Brewers, Packers) were also underdogs.

(For those who only remember the dominant Green Bay Packers of the last 15 years: NFL in Green Bay was in a sorry state before Reggie White, Brett Favre, and Mike Holmgren. Even with the best receiver at the time, Sterling Sharpe, we could only achieve mediocrity.)

Anyway, there was pre-teen me, collecting NHL cards, heavily favoring the Minnesota North Stars. And then, do you know what happened to my awesome Midwestern hockey underdogs-who-could?

They moved the team, and became the Dallas Stars.

It burns! It burns us!

Like I said, I knew very little about the NHL and its machinations at the time; I’m not sure I even knew what “machinations” meant at that age. All I knew was that Dallas was the home to the NFL’s Cowboys. The Cowboys were the opposite of an underdog. They were the Yankees of the NFL, in my eyes. This was the team that John “Cankles” Madden had anointed as “America’s Team.” Such a declaration rankled the sensibilities of a kid who grew up 45 minutes south of Green Bay and whose childhood friend was a diehard Buffalo Bills fan.

Dallas was The Enemy (at the very least, an enemy). My romance with the North Stars was still in its early stages, and my love left me with no warning. Not only did she leave the Midwest, but she eloped with DALLAS.

I swore off the NHL. Any league whose sport is played on ice, and has a team relocate to Dallas at the expense of the Land of 10,000 (Frozen) Lakes? That league is dead to me.

And it stayed dead for nearly a decade.

It wasn’t until I moved to Pittsburgh for a year that I let the NHL back into my life, before the 2003-04 season. There were a couple of events that conspired to make me rethink my attitude towards professional hockey, and both involved fantasy sports. Two friends, old and new, with whom I played fantasy baseball, invited into a their separate fantasy hockey leagues.

It was a fantasy-palooza, in other words.

And while I have a good record with fantasy sports, these hockey leagues were another matter: I was awful. By mid-season, I was in last place in both leagues, and the gap between me and the second-worst team was well-nigh insurmountable.

The problem was that I couldn’t relate the fantasy stats to real-world games. No matter how many numbers I crunched, I hadn’t been watching games for nearly a decade – which meant my numbers existed in a meaningless vacuum. It was a pretty abject lesson, and I decided to rectify this gap in my knowledge. And maybe, just maybe, I would let the NHL back into my sports life.

That season, the Tampa Bay Lightning won the Cup in an exciting Finals series against the Calgary Flames. I was still regaining my hockey legs, but I endeavored to make sure I was an attentive NHL fan in the 2004-05 season.

For those who don’t follow hockey, 2004 was the year of the NHL lockout, and it wiped out an entire season. Kablam. Done. So much for me and the NHL. Once again, the league seemed to take my intention to be a fan, and do the one thing it could to make me throw up my hands and walk away.

But this time, there wasn’t the youthful spite that kept me away, simply a resigned feeling of “meh.” There were still tethers that conspired to keep me connected to hockey: I moved to Chicago at a time when the Blackhawks were on the upswing. Friends old and new were big hockey fans, and often mentioned the latest NHL news in conversation. I married a woman whose family was very much into hockey.

(My wife is not so much of a fan, but I discovered this during the 2011 playoffs: on the Vancouver Canucks, there’s a talented defenseman named Kevin Bieksa, who went to my alma mater. I knew all of this, since the Canucks are my brother’s favorite team. What I didn’t know is that Bieksa won our college’s award for top defensive player – an award named after my wife’s grandfather.)

Events started to spiral together to weave an inescapable fate: the 2009 Stanley Cup Finals featured Detroit (the closest team to my college town) and Pittsburgh (where I lived for a year). Sidney Crosby & his team won the Cup; shortly thereafter, Crosby won Olympic gold with team Canada in a riveting championship game.

By this time, my brother had moved to Chicago to get his PhD, and he brought with him his love of hockey. During the 2009-10 season, I watched the growing rivalry between the Blackhawks and his beloved Canucks, and even attended a game. I started watching the playoffs that year solely because of the first-round series between these two teams… and kept watching. Not just the ‘Hawks, but every other series as well. By the time Chicago hoisted the Stanley Cup, and the throngs had taken to the streets in my neighborhood, I was hooked. I once again cared about hockey. 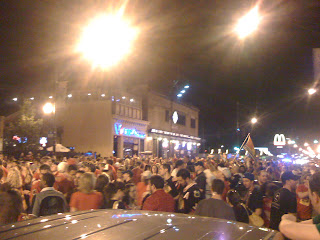 I imagine a Cubs’ World Series win might look a lot like this, but with more fire.

But Chicago was never really my team. I was glad for them, but… who was my team? Who would I cheer for the following season, other than every team that played against the Dallas Stars? I had no interest in the new Minnesota team, nor in the Detroit team that was closest to my in-laws. I was a fan of my city, and of my brother’s team, but neither was really ‘mine.’

So I approached it the same way my brother did: with a hometown connection.

At this point, seasoned NHL fans reading this are probably trying to desperately figure out why my brother is a Canucks fan. Nobody outside of Vancouver is a Canucks fan – not even other Canadians, apparently. They would rather watch a U.S. team lift the Cup than the hated Canucks. So how did my brother end up as a regular wearer of Sedin jerseys?

The Milwaukee Admirals. Back in the early ‘90s, the Admirals were a kind of farm team for the Canucks. This connection was brief, but was enough to point my brother in a direction. Nowadays, the Admirals are the top farm team for the Nashville Predators (which is kind of perfect – Nashville is the top farm team for my beloved baseball crew, the Milwaukee Brewers). After seeing the trio of Ryan Suter, Shea Weber, and Pekka Rinne forming the defensive backbone for the Predators, I had someone to cheer for.

Which brings us to today. This season was my first foray back into fantasy hockey (albeit for the playoffs only), and I had a much better outcome; this time around, I knew enough about the game to know what the stats meant. I knew that Drew Doughty was some kind of ridiculous (even though Weber is still my guy on defense). I knew enough to marvel at the insane level of skill that the rest of the L.A. Kings were also playing at.

I’ve come to a realization about my hockey fandom: as we approach Major League Baseball’s All-Star break, my primary sports concern used to center around the Home Run Derby or who got screwed out of being in the All-Star lineup. But that’s not my main concern right now.

Because right now, as I type this, Ryan Suter is a free agent. And I really hoping to see the news, any day now, that he will be staying in Nashville.

EPILOGUE: As we were preparing this piece for publication, the news came through the Interwebs: Ryan Suter will not be staying in Nashville. Suter and Zach Parise, the two top free agents this off-season, both signed with the Minnesota Wild. Remember what I said about not being interested in that new(ish) Minnesota team? I may take that back. The idea of two homegrown stars (Parise is from MN, Suter from WI) playing in the Twin Cities is something I find very, very interesting. I eagerly await next season.