The way to begin approaching Doctor Zhivago (in my humble opinion) is from this premise: Lean and screenwriter Robert Bolt were making a film which was the opposite of Lawrence in every way. Both set during the first world war, Lawrence plays out in the sun and heat of the Middle East, while Zhivago takes place in the wintery, forest-filled landscapes of Russia. Lawrence has no women at all; the plot of Zhivago is driven by women. And while T.E. Lawrence’s adventures are marked by his search for his own identity, an inner struggle which results in grand-scale death, destruction, and revolution, the drama of Dr. Yuri Zhivago’s story comes from his knowing exactly who he is.

Just look at him…NO self-doubt in this picture.

Zhivago is a very unusual protagonist for a movie, partly for reasons which make him an empathetic figure for audiences. It is established early on that he is a poet of genius, but apart from that, Zhivago is a very ordinary man, working an ordinary job, not in a position of influence, not a leader, traditionally religious and moderate in his politics. He doesn’t see himself as a hero; he just wants to live a simple life with his family and write poetry on the side. Zhivago could be compared to another legendary character, Atticus Finch: in a few ways clearly superior to others in an inspirational and not annoying manner (I’ll get to why that is for Zhivago in one second), but recognizably down-to-earth.

These qualities were a big reason for attacks on Doctor Zhivago. The audience spends those three hours and twenty minutes with a protagonist who is far more passive than active. The war to end all wars and the Russian Revolution are happening around him, and he doesn’t care. He only makes big decision or takes dramatic steps when forced to by others, and focuses on his private life and ambitions.

But isn’t this most of us? Are we always on the front lines in the ideological struggles of left and right, or do we usually stay behind our apartment doors, watching the news and sending out a few forceful tweets and Facebook posts? Yuri Zhivago is a cinematic hero cast in our mold. We are partly drawn to the movie, and some may try to dismiss it, because deep down, when the epochs of history face moments of change, we will be acting more like him than like Lawrence or a John Wayne hero. 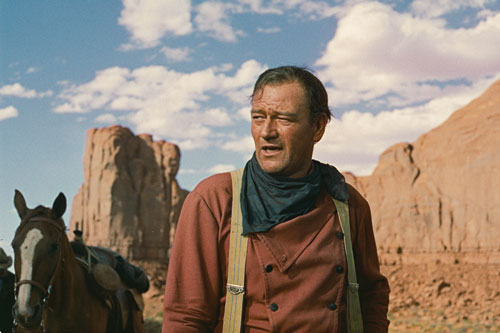 I don’t see him writing poetry.

Yet calling Zhivago a passive everyman is too simple a statement. Doctor Zhivago is a spellbinding story for two reasons. First, the same qualities which make Zhivago passive make him a compelling figure in this world…he is a man without commitment to any point of view beyond an artistic and personal one, and this makes him hated, feared, dangerous to the factions competing for dominance. Second, and more importantly, Zhivago’s convictions lead him to finally act on his own in a way which people can recognize and identify with. The great drama comes from Zhivago’s being torn between the two women he loves and who love him: his wife Tonya, unfailingly supportive and domestic and idolizing, and Lara, the great muse, a sexual, conflicted, ultra-emotional person whose unexpected devotion awakens his greatest passion. His entanglements force him into decision, and his last choices, made in accordance with his principles, take on all the weight of Greek and Shakespearean tragedy and catharsis. But he’s not deciding the fates of thousands, but the fates of a few, not the anonymous, but those he cares for most. 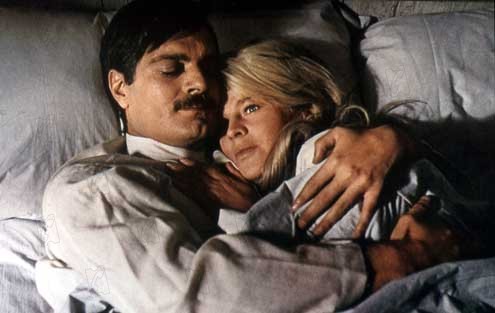 All the while rocking what my associates Messrs. Gaffney and Osborn and Misses DePalermo and Moses dubbed “sex mustache.”

Now, an audience can say “I would do the same thing” not with embarrassment but with hope and inspiration, with the vision of living up to a model.

As to the other charge, that the film is too sanitized and unreal with its bright colors and lavish sets and completely frozen mansions… that’s exactly the point. Lean and Bolt knew that to identify Zhivago as a poet, showing him writing poetry was a choice which would bore the audience to tears—except for one crucial scene. They instead made the aesthetic decision to shoot everything in a hyper-idealized state because this is how a poet would see the world. Everything is bursting with art, grandeur, and exaggerated flare… every moment is a moment which could give birth to a poem. Even the action sequences are designed that way, brief and almost muted yet full of power.

One final note: the three leads were perfectly cast with actors beautiful and talented. Omar Sharif  walks the line where he’s just short of emoting but not. Julie Christie’s Lara is so matter-of-fact about her situations that she never has to play up her considerable sensuality. And Geraldine Chaplin’s Tonya is an ice princess at first glance who holds and always shows a warm and simple heart. Their young passion stands out against a well-chosen supporting cast including Rod Steiger, Klaus Kinski (!), and Lean’s go-to man for nuanced portraits of men in control, Sir Alec Guinness.

But we don’t watch Doctor Zhivago because of deep ideas or lovely actors or Maurice Jarre’s score. We watch it because Lean and Bolt make us feel, and they do so with choices not manipulative but right for the material. Love is hard and potentially crushing, the film says, but is worth it over everything else, war, politics, the big picture. That’s a thought more and more worth holding onto.