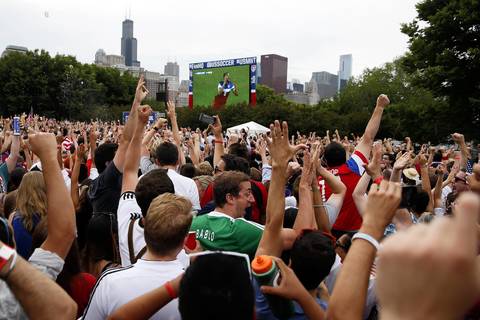 But I will miss the fans and the coverage of this tournament. Chicago went outlaw wild for Team USA and the World Cup. I loved the ESPN coverage, which is no small feat for a network I tend to give the side-eye. The nightly analysis from former World Cup stars like Michael Ballack, and from the few American international vets like Alexi Lalas, was entertaining and illuminating. When the analysis would break up for the “last call” style of reflection, it was a perfect way to end the day. Hell, I could watch Lalas and Ballack go back & forth, even if Alexi needs to let others get a few more words in. END_OF_DOCUMENT_TOKEN_TO_BE_REPLACED