It began with, of all things, cassette tapes: a disorganized collection of cassette tapes, current whereabouts unknown. The tapes were my dad’s, and the first one was, in fact, a mix tape, an assemblage of he and my mom’s favorite Billy Joel songs, made about the time they saw him in concert eight months before I was born.

One day at the age of four, for reasons unknown (maybe I grew tired of nursery rhymes), I popped the tape into Dad’s Ford Escort, and from the propulsive first bars of “Movin’ Out,” I was hooked, lined, sinkered, and fried like a Lake Erie perch on the music. For five years, I listened to that Billy Joel tape until it finally wore out, and by that time I knew the words to every song on it, for Dad and I had sung them together through so many cruises through the freeways of Mahoning County. Not only did I learn vocabulary and a bit about how to craft poetry, but as I let the songs’ meanings sink in more and more, “Scenes From an Italian Restaurant,” “Goodnight Saigon,” and others clued me in to a range of emotions and ideas more complex than those found in my picture books. It was an early, formative step into growing up.

But this was not the only tape in Dad’s collection. Hungry to hear what else he had stored in his seat pockets and glove compartment, my fortuitous next step was a cassette with Rubber Soul on one side and Revolver on the other. Those songs were committed to memory within two months, and the Beatles became and remain one of my great obsessions… in wanting to learn all about them, I discovered how much care went into every note and every lyric that had seemed so fun and effortless upon first listen. Twenty years later, among many things which come to mind when I think of the Beatles, I always think of the work which must be expended to create art, or excel at a job, or raise a child, or make a relationship last…my family did all of those things, and the Beatles are inextricably linked to my family. 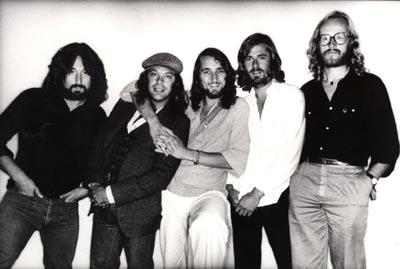 Gotta love a band with a name like Supertramp

There were more tapes beyond those. More Beatles with the White Album. Tommy, which Dad owned on vinyl too, and the lyric book’s illustrations scared me as much as the crazy sounds of “Revolution #9.” Days of Future Passed by the Moody Blues. Mix tapes of Supertramp and the Association. The Best of the Doors. A tape with two Rock and Roll Hall of Famers making sounds I’d never dreamed of on each side, Pink Floyd’s monumental Dark Side of the Moon giving way to Traffic’s folk-jazz hybrid John Barleycorn Must Die. And there were the songs Dad sang to me in the bathtub, songs from all those cassettes, plus  Donovan and Crosby, Stills, and Nash and Cat Stevens and Carole King and Bob Dylan and Harry Chapin.

Today, I listen to anything and everything, having grown to love classical, country, jazz, and even rap by now, but the starting point was that original set of songs my Dad had on cassettes. From there, I built the foundation for a lifetime of exploration, and not just in music.

When Dad exposed me to so many great and varied sounds before I’d even started kindergarten, he and Mom (she was responsible for the Carole King) were telling me without words that there was so much out there, and not just in art, to experience, and I should not hold myself back for any reason; they certainly weren’t holding me back. With that simple expression of love and trust in me, I did more than go out to find new music, eventually music my parents had never even heard of; I read every book which interested me, saw every movie that caught my eye, tried as many foods and occupations and college courses as I could, and all those experiences and memories have bled into my writing. In a way, that music led to my becoming a writer. It was the first step in a journey which guaranteed I would always have inspiration, always have things to draw on in my own life to write about.

Nobody listens to cassettes anymore. But I still listen to those artists and albums all the time, and always smile with love and gratitude…and the occasional chuckle when I picture my five year-old self hear Lou Reed sing about “giving head” and having no idea what that meant.

Read the responses from the other editors: Bean, Travis, and -J.