“Hookers and blow,” Travis said to me when I got home from the cinema Monday night “That’s all I kept repeating for half an hour after that movie ended. Hookers and blow.”

Travis looked up from where he was grilling burgers, paused, and nodded in acknowledgment that we were both right.

Martin Scorsese, the greatest lapsed Catholic to ever direct movies, is always first to admit that his old faith’s morals, iconography, and attitudes form a major undertone—and are quite often vividly on display—in his oeuvre. And that faith’s lingering trappings have never risen to the forefront as they do in The Wolf of Wall Street, his magnificent black comedy which doubles as a purging litany, a three-hour documentation of the modern world’s sins crafted to highlight their obscene ridiculousness and cancerous effects on humanity, both individually and as a collective. It is by turns hilarious and humiliatingly repulsive. It is a film that people need to see. I’m not sure if it’s a great film; it’s not in the league of Scorsese’s masterpieces (Taxi Driver, Raging Bull, The Departed) but it in some aspects it ranks with Dr. Strangelove in terms of dark satirical power. 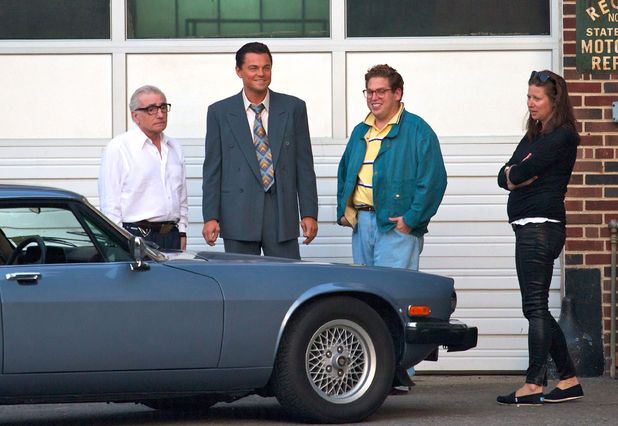 The immediate point: the multitudes who are decrying that Scorsese glorified Jordan Belfort and made him into some sort of hero are drastically missing the point. Belfort’s introduction to us is immediately smarmy, a man you would have to refrain from punching in the stomach as he smiles at you, and his character only gets worse from there. His sparks of humanity flash only in bursts of seconds. Whenever confronted with a choice between the decent or sensible thing and self-indulgence, he opts for self-indulgence with no hesitation. He surrounds himself with enablers who only exaggerate his worst traits as mentors, friends, and business partners. He has no respect for anything but money and playing off people’s need for money. And when he does find two people who try to bring out his best, his self-control, who tell him what sort of man he’s becoming, he pushes both of them away for further hedonism. It’s almost—ALMOST—a caricature straight out of the Franks, Capra and Tashlin, but sadly, we now have lived long enough under a system which produces more and more accumulators of wealth at the expense of others. Jordan Belfort is no cartoon but a test case. This is, then, a film arriving at an opportune moment, but the pervasive nature of sin is so timeless a theme that, like Wilder and Sturges’s pictures, it is also a film that won’t date.

But let me backtrack a moment: Belfort is a twisted figure, but the audience is able to stay with his journey even when feeling no empathy for him because except for his wives Teresa and Naomi, the other characters are even worse than him. His inspiration, Mark Hanna (who coincidentally or not shares the name of the great 19th Century Republican kingmaker), is portrayed as a machine focused on only sex, drugs, and money, with no room in his mental process for anything else. His partner Donnie Azoff is an uncontrollable loon who shows no goodwill and indeed a pronounced sociopathic streak towards anyone, not even his own family, apart from Jordan. The employees of Stratton Oakmont are mindless yes-men happy to go along with orgies, throwing midgets at archery targets, and the like. And the supporting characters all seem to have no personality beyond their single-minded pursuits, be they fighting (Jordan’s top courier Brad) or even justice (Patrick Denham, the FBI agent who spends the duration building the case against Belfort.) They’re entertaining but not interesting. Belfort, in contrast, has so much going on and so much on his mind, as well as those occasional decent flashes, that he emerges as the one really intriguing figure in the whole mess. We only can feel for Teresa and Naomi, who both fall for him only to fall emotional victims to his singular ruthlessness, but in the rest of Belfort’s world we as an audience see glimpses of ourselves at our most misguidedly loyal, sycophantic, or shamefully embarrassing, all rolling into a willingness in an economically-destructive America to do anything to get by. It’s a frightening world. I think the reason the director is able to make this grotesque picture relatable lies in an opinion I’ve had since watching his fantastic 2000 documentary A Personal Journey With Martin Scorsese Through American Movies. There are, oversimplifyingly speaking but true enough, two Scorseses, each rooted in the movies he adored growing up. The first Scorsese was the one raised on film noirs, Val Lewton’s inventive low-budget horror, and the most daring European films of Bergman, Fellini, and their contemporaries. This Scorsese made the movies that made him a legend, intense, unflinching morality tales ready to probe the secrets of human nature with their explicit content, stark and experimental production techniques, and collages of sound ranging from obscenities to pop tunes, with many of the best of these films starring Robert De Niro, unconventionally handsome and undeniably riveting. The second Scorsese reared his head in glimpses and spurts, only to emerge with an unstoppable flourish in 2002’s Gangs of New York. This was the Scorsese who loved spectacle, the most epic studio-system storytelling, and the works of daring yet still commercial auteurs from John Ford to Michael Powell. This Scorsese used longer takes suitable for musical numbers, sumptuous production full of color, on-point dialogue worthy of Frank Nugent and Robert Bolt, and except for a remarkable tale for children (imagine the first Scorsese doing such a thing!), invariably starring Leonardo DiCaprio, a man with looks worthy of Clark Gable and Rock Hudson but with a driven talent for acting as De Niro’s.

The two Scorseses merged in The Departed, which raised the duality of good, evil, law, disorder, and all in between to the level of grand opera. But The Wolf of Wall Street, though shot in the digital Technicolor blowout of the second Scorsese and letting DiCaprio dominate the proceedings, is at its heart the first Scorsese making a dominant return for the first time since Bringing Out the Dead. Beyond the “fucks,” the ridiculousness, the staccato bursts of violence in an orderly world, and yes, the hookers and blow, Scorsese has not been so dark or ripping or even funny (Sacha Baron Cohen’s hilarity a very different kind of humor) in a long while. Rodrigo Prieto’s controlled but rapid cinematography, so quick in a montage, so slow and true to life for the devastating third-act scenes of Jordan strung out on his beloved ludes, and Thelma Schoonmaker’s typically fantastic editing unite to highlight all the depravity I’ve spoken of, centering on the worst of every scene, every glass of alcohol, swallow of a drug, thrust of the body, and violent outburst getting center stage under Scorsese’s mise-en-scene.

And of course, Scorsese gets terrific ensemble cast work. DiCaprio effortlessly commands the screen for three hours with frightening charm and a terrifyingly real desperation, the doublethink of knowing you’re gone but needing one more drink, pop, ejaculation, million-dollar bonus, something, in the throes of obsession. Jonah Hill is gloriously disturbing as Azoff: the first scene where he tells Belfort his life story had me alternately wretching in horror at his words and howling with laughter, and he walks that line well in every further appearance. Matthew McConaughey, with only five minutes of screen time, casts a gleefully demonic shadow with perfectly pitched face, body, movement, and tone. Jean Dujardin as a Swiss banker is as suave and twinkling as Charles Boyer. And among a less-well-known supporting cast, Margot Robbie (Naomi) reveals a beauty, poise, and toughness (one could imagine Grace Kelly in this part), that should guarantee a climb up to leading lady status.

But in the end this is Scorsese’s show, Scorsese’s vision, a fascinated look at the modern psyche by a man who clings to some sort of idealism, who probably subconsciously tortures himself for his fascination, but, like those of us fascinated by the lives of the rich and celebrated, cannot look away, and indulges, and carries on, hopefully having learned from the examination of a world where the despicable turns out to be the most attractive, and learned for the better, given some lesson in carrying on.

This viewer certainly had his principles reinforced.

Even through the hookers and blow.