Give me honorable enemies rather than ambitious ones, and I’ll sleep more easily by night.
– Jaime Lannister, A Game of Thrones

So begins my weekly Game of Thrones viewing, a ritual that I am not alone in keeping. The world loves the marriage of high fantasy and premium cable!  Whether people are coming back for the delightfully gory violence, the gorgeous design, impeccable dialogue, superb acting, or, hey, even the boobs, viewership continues to grow. Show creators David Benioff and D.B. Weiss — as George R.R. Martin did with the books before them — lure us all with promises of dragons and heroes, aging kings and cruel queens, new threats and ancient evils. All the makings of D&D campaign! But Thrones transcends those cliches. We don’t watch because we want to see pretty dresses. We watch to see familiar struggles.

Who has not done something stupid in the name of love, like a certain blonde swordsman-you-love-to-hate? Who has not manipulated tiny events in their favor, like Littlefinger or Varys or now even mini-Baelish Sansa?

[Note: Google “Sansa and Littlefinger fan art” at your own risk.] (Image via)

Who has not had — ahem — ill-advised romantic entanglements, a la Dany and her newfound dalliance? Fortunately for us, most of our personal dramas play out on a very small scale. In Martin’s world, though, “you win or you die” on an epic scale. Your triumphs and failures are on parade for all the world to see.

For no one is this more true than my three favorite characters, my Three Queens of Westeros:  Daenerys the Dragon Queen, who is already a queen with a CV to rival her most famed ancestors; Cersei Lannister, the volatile and broken lioness, torn between proving herself to her father and protecting her children; and Margaery Tyrell, a rose trying to hide her thorns. These ambitious women are not groomed to lead, so they learn to command from flawed examples, breeding mistakes which are then magnified by their crown into full-grown catastrophe.

Game of Thrones most obvious disaster is Miss Hot Mess Herself, Cersei Lannister. Don’t be too hard on her, though. She really never had a chance. Before the show even begins, Cersei’s life is completely in the hands of the men around her. Her father, Tywin, will marry her to whichever king sits on the throne. Unfortunately for Cersei, Robert Baratheon holds the crown, and she is beholden to his drunken whims.

Tywin’s manipulations, Robert’s abuse, and her brother Jaime’s physical strength are the only examples of leadership she has, but she has studied them well. When a questionable hunting accident claims Robert’s life, Cersei has the opportunity to show off what she’s learned about leading. So she drinks through the Battle of the Blackwater as Robert would have. (Hey, Cersei, I drank through that episode, too. No hard feelings.) She schemes to take down the enemy she perceives in her brother Tyrion. She delights in the violence that comes with war, smiling as Gregor Clegane skull-crushes his way to a Cersei-endorsed victory. Viewers of the show and citizens of Westeros alike revile Cersei Lannister. I cannot help but pity her. All she has ever known is intrigue and violence.

Margaery Tyrell also learned intrigue from a young age, but she was actively taught by a master: Olenna Tyrell, known as the Queen of Thorns. Olenna is smart, gifting her granddaughter with intelligence and intention — Margaery can indulge in Joffrey “Baratheon’s” violence, befriend Sansa Stark, give Tommen his first crush-on-the-babysitter fantasy… but her eyes never leave the throne. You’d never know it to look at her. Margaery cloaks her ambition in sweet smiles and public displays of kindness. Unlike Cersei, Margaery recognizes that her people and her peers value the image of good queen as much as the actions of a good queen.

Our third queen values justice over image and action. Daenerys Stormborn — orphan, fugitive, and Targaryen heir to the throne of Westeros — rises from disgrace to Her Grace, and with her ascent comes a problematic self-righteousness. Yet she begins humbled. Much like Cersei, Dany learns only of her own weakness early in life. Her unstable older brother Viserys threatens her constantly. She only has a roof over her head because others have shown her kindness. She is sold into marriage despite her youth and fear and reluctance, the whole world telling her that she is but a young girl from a poor family and therefore only a pawn.

Young girls from a poor family, like Dany, though with more fiddles and roofs than the Dragon Queen. (Image via)

When she is married to Khal Drogo, leader of a formidable khalasar of nomadic Dothraki, she is given the title Khaleesi. Suddenly, instead of being threatened, she is rewarded with servants and warders and a silver mare. She is able to show mercy and not beg for it, as she does when a Dothraki threatens her brother’s life, but she is not above allowing Viserys’ execution when he crosses a line he should not have. She is kind but she is not gentle, commanding the respect and love of her people. When Khal Drogo suffers a fatal injury, severing any real claim Daenerys had to the title Khaleesi, Dany refuses to surrender to protocol and leave the khalasar. Instead, she wants to lead them.

And lead she does.

Dany suddenly gets a taste of leadership, and she doesn’t look back. Beginning powerless like Cersei, driven like Margaery, Daenerys Targaryen has one thing the others lack: conviction. Cersei wants to prove herself worthy of being the queen. Margaery wants to be the only queen. Daenerys is the queen.

Heir to the Iron Throne now that her father and brothers have died? Totally.

Daenerys goes one step further. She wants to rule everywhere she goes.  Yunkai, Astapor, Meereen… She goes from city to city, proclaiming herself monarch and freeing slaves. Her dedication to the poor, the tired, the huddled masses is admirable and relatable. Everyone wants to watch the abused, weak girl transform into a strong young woman giving others the freedom she never felt. In her victories, viewers can see themselves triumphing over anyone who ever underestimated them. It’s wish-fulfillment, and it feels good!

However, Dany is sometimes blinded by her own conviction. She sleeps with Daario with no thought of the repercussions. She thinks that she is above the performance. She frees slaves and then kills their masters in retaliation, never thinking that violence may beget violence against the very people she’s trying to protect. Because she is Queen, everyone will eventually come around to her side with just the right nudge.

This self-righteousness mutates into rash decision-making.  Impulsiveness becomes bad leadership, as Cersei can attest. The Lannister queen is driven by the need to protect her children as Daenerys protects her dragons even when they eat poor farmers’ sheep. Cersei’s examples have taught her that the best way to stay safe is to stay in power, and she will preserve that power no matter the cost. As early as Season 1, when evidence is uncovered that Cersei may have hastened King Robert’s death, it is clear that she is willing to throw the kingdom into turmoil for the sake of her personal battle. Most recently, she demanded the trial that led to the death of a prince. Queen Cersei has no regard for the power of the player or the size of the game. While I admire her give-no-f**ks attitude, her biggest mistakes are borne out of the same disregard for the titular game of thrones that Daenerys displays.

Of the three, Margaery is the only queen who respects the status quo. She knows how to play her strengths and hide her weaknesses. She knows Highgarden’s wealth flows from food and other indispensable resources, so she knows that, when she marries rebel king Renly Baratheon, the enemies she makes are only temporary. Though Renly is killed, she knows that her life is never in danger, because the only question in her enemies’ minds is: Who gets access to all that food and money next? Her answer is inherent in her most beloved line: “I want to be the Queen.” (Me, too, girl. Me, too.) Margaery’s marriage bed and the resources within go to whoever will get the Tyrells closest to the throne.

Margaery also knows to cloak her desires in sweet smiles and public displays of kindness, because Margaery is still a slave to the rules of Westeros. She must appear soft. She must keep her ambition a secret. She must remain an ally and not a threat. There are and always will be limits to her leadership.

And leadership is what Game of Thrones is all about. Questions of leadership permeate every level of the story. We see five kings (and then some), and the vital artery of leadership runs through all three queens. They have the title, now how do they use it?

Cersei, selfish and reckless, wields her power to eliminate and destroy.

Margaery merely survives (so far) in a system that is out for blood.

And then there’s Dany.

Young, naive, vengeful, proud… she has many flaws, yet both readers of book and watchers of show root for her, for despite her many dumb mistakes, she is the only one who learns from her errors. When Cersei falls, she manages to dig herself deeper into the muck. Margaery never seems to falter, but without trial and error there is no lesson. Daenerys Targaryen, First of Her Name, succeeds and fails big, unabashedly, and publicly. She takes risks for her title. Some of them pay off. Some backfire, and when they do, she responds just as epically, living up to the words “Fire and Blood.” She may not always take the right path, but she takes responsibility. We could all take a lesson from her. 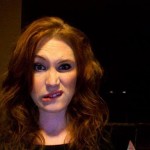