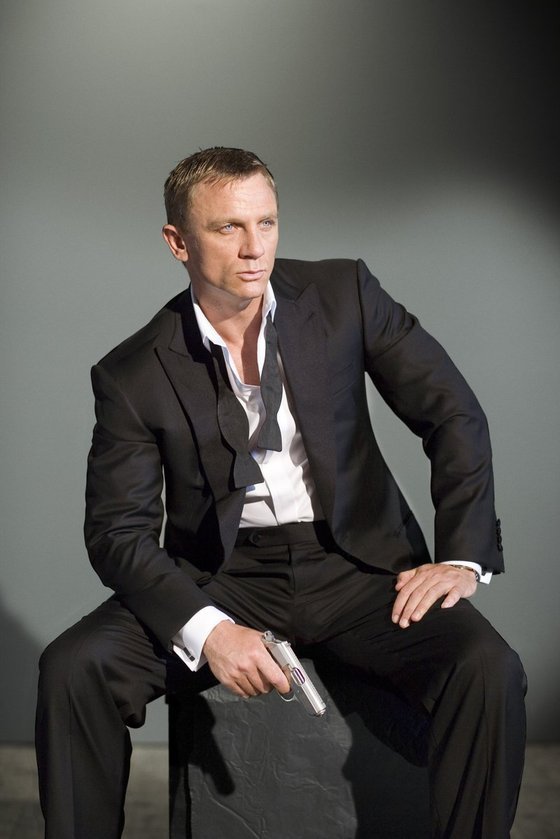 During the first year of the Addison Recorder, I wrote extensively about my admiration for Chris Hardwick and his Nerdist empire. After a brief fall-away from listening to podcasts when I transitioned to a new job, I returned to the Nerdist to find that the show had only increased in quality despite Chris, Matt Mira, and Jonah Ray taking on higher profiles and more jobs (Chris’s television show @midnight is worthy of its own Recorder piece one of these days). So in advising our readers on wonderful free sources of entertainment for 2014, I wholeheartedly recommend continual adventures with the Nerdist (and would suggest the episodes with Tom Hanks, Brie Larson, and the Talking Cat?!…you heard it right…as great recent jumping-in points, and then the incredibly moving “Honestly 2013” wrap-up special), but I also want to add another podcast in the roster which has joined the main event as my personal favorite: James Bonding. James Bond has been part of my life from the moment my grandfather and I spent a lazy Saturday afternoon watching Goldfinger, a film that enthralled a ten year-old Andrew who thought Pussy Galore was just a silly name. From then on, I slavishly watched the TBS Bond marathons (now transplanted to SyFy). I geeked out over the tank chase in GoldenEye and played the N64 game to no end (the secret, by the way, is to pick Trevelyan’s headquarters in multiplayer mode, get to the bunker that’s really a dead-end, and then line the whole corridor with proximity mines…you win every time). I was ready to give up on 007 with the disgusting Die Another Day, but Casino Royale and Daniel Craig, the second-best Bond of them all, brought me back into fandom with unquestionable devotion. 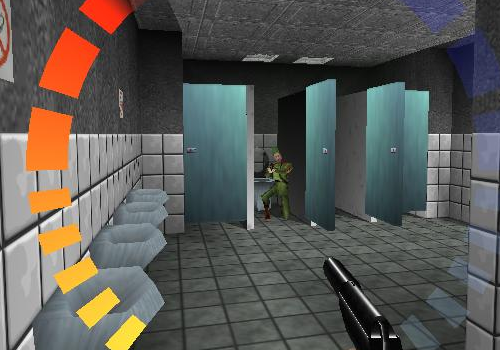 And it is devotion: Bond means more to me than the Anglophilic bacchanale of gadgets, girls, and over-the-top supervillains. My grandfather not only showed me my first Bond film but gave me copies of Ian Fleming’s novels. My parents took me to the cinema to see the Pierce Brosnan years. And I’ve watched many films in the series with my friends and my cousins. James Bond is a hero who transcends generations, and the box-office receipts for Skyfall imply that this generation loves him more than ever, and I believe it’s for reasons that go beyond the comfort of settling in for two hours of vodka martinis, Walther PP7s, and an outlandish climax. As we grow up, life settles into shades of gray so fast, and sometimes we long for a return to childish imagination where things are more black and white, where the villains are unspeakable and there’s a hero who may be brutal, may sometimes resort to very questionable means and motives, and may have a terrible weakness for campy puns, but who always plays by a code of honor and never rests until the world is safe again for free men and women.  These ideals in particular are ideals we respond to and want to luxuriate in, no matter what age we are. And seeing such ideals play out in the grandiose setting offered by the Bond movies is all the more exciting.

This code of honor is never explicitly mentioned in James Bonding, but it is felt as the subtext to the hero worship present in hosts Matt Mira (his THIRD podcast for Nerdist) and Matt Gourley (of SuperEgo renown), who in each episode team up with fellow comedians to dissect one film from the series. And they leave no glass undrained or body overlooked: the shortest episode thus far ran 76 minutes, and two top the 2-hour mark. This being said, the show has a pronounced refusal to be boring. The Matts cram as many jokes as possible into each commentary, especially when Gourley adopts his Ian Fleming impersonation. (Hearing him pronounce “Chitty Chitty Bang Bang” is a hoot.) And while their love for the movies, discussed at length in the introductory “Do You Expect Me To Talk?” episode dominates, their disagreements (over the merits of Brosnan most of all) and critical skills keep the show from falling into blind praise. Moreover, there are two intellectual themes running through the show, best articulated by their first guest, comedy genius and professional Travis Cook look-alike Paul F. Tompkins. “Moviemaking has changed! And the way we treat women has changed!”

MOVIEMAKING: So people wouldn’t have to wait forever to reach the modern Bond pictures, the episodes start at both ends: 001 is Dr. No, 002 is Skyfall, and so on until things meet in the middle with the final episode, For Your Eyes Only. This order provides for a study in comparison in contrast: moviegoers who turned out in riotous crowds to see the original Sean Connery films were thrilled just by the travelogue aspects, including the reams of underwater footage in Thunderball, with the gadgets simply an eye-popping bonus. Analysis of the Craig and Brosnan eras reveals how much stock we put into production values and special effects, while conversely demanding levels of realism and complexity in terms of action and character. Bond can no longer be the suave ladies’ man who wins every fight and little else; he now must have layers, motivations, ambiguities, and so should his allies and enemies. The impression arises listening to James Bonding that we demand more from our fun to keep it from the realm of guilty pleasure…yet the traits which make the James Bond movies guilty pleasures continue on, are only ratcheted up along with the action and occasional ridiculousness. We have some base instincts regarding what appeals to us that we should not ignore. The Bond movies revel in violence, materialism, and T&A, and we like them that way, and that the series endures explains why so many similar movies have become blockbusters.

SEXISM AND BEYOND: Ian Fleming was a misogynist, a racist, and a man intolerant and afraid of homosexuality. (See Diamonds Are Forever as the prime example of the latter…a movie for which John Barry told Shirley Bassey to pretend she was crooning about a male appendage when she delivered the theme song.) The James Bond stories, especially those adapted from Fleming, share these qualities in varying degrees, and Gourley and Mira walk the thinnest line regarding this dark side of 007. They don’t apologize, and at times find these regressive attitudes likable (Mira describes Connery’s Bond as “charming” the way Mad Men’s depiction of 60s relations between the sexes is charming.), but neither do they condone them, and they come down very strongly against any violence towards women in the films.  In this ambivalence lies one of the most intriguing aspects of James Bonding, the negotiation of our own attitudes toward human degradation in the post-modern world, how we pay billions to Eon Productions for this art which deliberately depicts the things which, since high school, have gotten my love for James Bond called out by others. And in analyzing how Bond, and the media in general, have shifted in these attitudes over the decades, Gourley and Mira may slowly be building a valuable critique over what is and is not acceptable, the bare limits of what decent people can tolerate, and how one can create a respectful, representative cinema. They never come right out and say they’re doing this, but critical listening, especially to passages regarding these aspects of Bond (in the Goldfinger episode above all), suggests a very considered self-examination of what they feel regarding sexism and other negative traits, and they are inviting us to join.

Before this article closes, here are my favorite episodes of James Bonding thus far. All of them are available for free on iTunes and at nerdist.com, and I strongly recommend beginning at the beginning with Dr. No, a blast of an episode in which the Matts and Tompkins reveal why SPECTRE is the worst anagram of all time. (Although the Bond films can now use SPECTRE as villains again, so I should be careful!)

Worth it for two reasons: Gourley, Mira, and Steve Agee explain why the film’s plot is highly problematic (including the finale, which really is a bit of a Home Alone remake), and their endless mocking of Albert Finney’s accent.

A brilliant bit of podcasting. Cocktail and style mavens Alie Ward and Georgia Hardstark, who had never seen a Bond movie before, rip it to shreds and then rip the shreds to shreds with a unassailable and absolutely right feminist attitude as fiery as Goldfinger’s laser, one that makes this listener stand up and cheer. (They also point out that for all the iconography and mythos, Goldfinger’s story is really, really dumb. Not problematic. Just dumb.)

The Matts bring the creators and stars of the web series Ghost Ghirls, Amanda Lund and Maria Blasucci, on for a two-hour celebration of they and their guest’s favorite James Bond movie.  It includes some hilarious scenes of watching the film with subtitles on, but it’s a mainly a great listen to hear the passion that inspired the podcast’s being surpass all possible boundaries.

The exact opposite of the above episode. Gourley, Mira, and writer-producer Scott Mosier take painstaking time to explain why the most successful Bond movie until Skyfall is a chore to sit through, even with a jet pack, sharks, and lots and lots and LOTS of people doing stuff underwater.

On Her Majesty’s Secret Service

The perfect episode of this series. Paul Scheer is as big a Bond fan as the hosts, and they carefully find things to admire and criticize scene-by-scene, with plenty of excellent jokes and memories of being young and amazed that a film could do so much.

Mira loves this film. Gourley hates it. Jordan Morris plays referee for a lengthy head-to-head matchup over its merits.