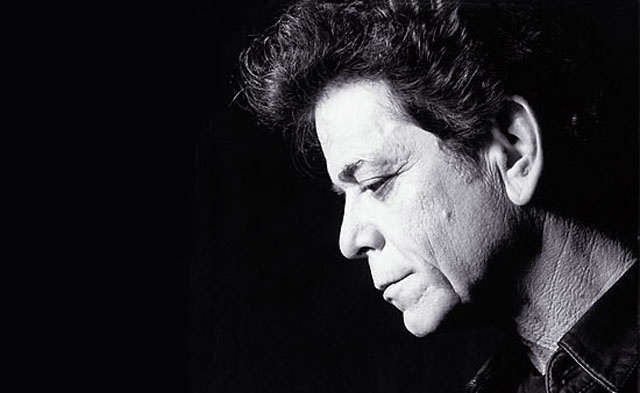 I had to write something about Lou Reed this week. Had to. He not only makes a bit of a cameo in my new book, as I spend an instant musing on how my six year-old self sang along with his father and the radio to “Walk on the Wild Side,” merrily intoning the phrase “giving head” without knowing what that meant. But also, as a wealth of articles and tributes has confirmed, Lou Reed was special. He was someone people cared about perhaps more than society expected.

And this goes beyond the four-piece band who hung out with Warhol and briefly featured a sexy German model with the flattest voice on the planet. If the Velvet Underground no longer seem as strange and daring as they once did, and there are plenty of moments I still find them strange and daring, it’s because everything they recorded was studied and absorbed by rock, pop, even, I would argue, metal and rap. They took the traditional forms of rock music and injected avant-garde experiments which still sounded accessible, mixed in unflinching, coldly real lyrics that read with all the poetry of Dylan, and refused to do anything normal. Even their most conventional songs had tricks in the tails: “Femme Fatale” has a melody worthy of a 70s California soft-rock song, but Nico’s intonation makes it terrifying. “Rock and Roll” mixes its heart-on-sleeve pop feel with guitar sounds I’ve never heard before or since and that piano which comes out of nowhere. And then we have “European Son,” “Sister Ray,” “The Murder Mystery,” “I’m Sticking With You…”

These people made the revolution, and showed us how to pronounce “clown” like “clonnnnn…”

And this goes beyond Lou Reed equaling this achievement with an enviable solo career, one where the failure became as spectacular as the successes (Metal Machine Music and Lulu anyone?) and the successes were records people were ready to worship (Transformer, The Blue Mask, Magic and Loss) and he never lost his ability with a lyric AND he achieved an immortal radio hit despite filling the song with images of oral sex, transvestitism, and drug addiction.  Nobody else, I would argue, will ever have such a career.

Where this goes, I think, could best be found at the beginning of side two of his 1973 album Berlin.

For people who have never heard Berlin, it is to American rock and roll what Blood Meridian is to the American novel: the great waking nightmare, relentless, clear-eyed in its misery and sense of evil and darkness, depressing as everything on and under the earth (the final big anthemic chorus, sung over blaring Wagnerian orchestration, goes “I’m gonna stop wasting my time/Somebody else would have broke both her arms”), and yet is strangely, truly beautiful. Recorded with a cavalcade of musicians (including Steve Winwood, Michael and Randy Brecker, Tony Levin, and members of Cream and Procol Harum) under the supervision of Bob Ezrin, who at the decade’s end would helm Pink Floyd’s equally bombastic but less satisfying The Wall, Berlin is a rock opera of the sort Pete Townshend never dared to make. Using the figures of a drug dealer and a young American woman in Germany, Reed writes about the irresistible pull of love even when one knows the love is doomed, then painstakingly details the fallout of that doom. The first side, consisting of shorter and more rocking numbers, depicts the goodness and hope in their lives gradually fading, while on the second side, the songs get longer, Reed’s words get even darker, and the descent into hell grows ever and ever steeper to the point where one shivers as they listen. Case in point being “The Kids.” Ninety seconds of children crying and screaming for their mother with all the broad imagination of trusting youth, the trust suddenly shattered, is harrowing enough, but when Reed makes it the coda to his epic cataloguing of the mother’s mindless sexual exploits, the effect is all the more wrenching. In his brilliant memorial to Reed, Neil Gaiman mentions how he and Reed had discussed turning Berlin into a graphic novel, and it would have been on the level of the dizzying heights of The Sandman: one can hear the Endless, all of them, lurking around every corner of this record and its march to the inevitable.

But the song I want to talk about is the track that begins side two and the terrifying journey ahead, “Caroline Says II.” There is a “Caroline Says I,” a series of mocking put-downs where genuine affection pokes through the sarcasm, and it is consistent with the tone of side one: stomping, guitar driven, LOUD. “Caroline Says II” is different and signals the shift ahead. The arrangement is quiet, with acoustic guitar, bass, piano, and drums, plus a mellotron over the second half, and Reed drops his hip, twisting, half-spoken voice to actually sing a simple, plaintive melody—much simpler than the complex, disturbing lyrics.

For what Caroline has to say comes out through the saddest combination of emotions. In two verses, she expresses her depression and disappointment that her life, “meant to be more than this,” has become a “bum trip” and not what she expected, suffering from the domestic abuse of her partner, her anger that her partner is so self-centered, and ultimately her resignation to this state, exemplified by her heavy consumption of drugs and shattering a window with her bare hand. “She’s not afraid to die,” Reed sings, implying that she would welcome death as a release. But equally troubling is Reed and his character’s reaction to Caroline. He cares for her, but he does not know what she thinks or feels, and treats her self-destruction with something bordering on contempt, maybe even a joke.

And then there is the place-name imagery. “All her friends call her Alaska,” Reed repeats in the chorus, and then sings the line “It’s so cold in Alaska” three times to close the song. At first the metaphor was confusing, but after hearing Berlin in its entirety it made sense to me: like Alaska, Caroline has become distant, frigid, foreboding, wild to the point of being seemingly undefeatable and untamed, and yet this emotionally dead woman still submits to having sex with her torturous lover (“IN Alaska”), perhaps because she still truly wants to feel.

But she does not want to feel enough, Berlin finishes with Caroline a suicide and Reed’s character declaring he will move on with the aforementioned chorus about how he just should have broken her arms. The line still distresses me, and originally I found the grandiose accompaniment to be a final, cutting irony. Then context kicked in again. Reed establishes himself at the beginning as a detached character, especially on “Men of Good Fortune,” which at first blush is excellent philosophy until one picks up on how the character truly doesn’t care about anything, a front he presents to the end. But a person who doesn’t care is not the sort to wail the title of that big finish, “Sad Song,” over and over in a howling, desperate conclusion over soaring orchestras, or delineate “Caroline Says II” with such quiet tenderness.

I am convinced Reed’s point, which gathers steam with the juxtaposition of emotions on “Caroline Says II,” is that people are not who they seem to be and reality is multi-sided. His narrator may insist he doesn’t care and find the pain of others funny and a matter for cool observation, but the manner with which he expresses these ideas betrays a romantic, empathetic side. I have known many people, mostly men, like this, who project a front that masks layers upon layers of feelings, fears, and hopes. On Berlin, Lou Reed found a musical equivalent of this psychological complexity, pairing cynical, ruthless lyrics with gorgeous melodies and arrangements, then documenting a subject which forced the listener to question the truth, to question their own feelings, and ponder how they would act and react. In this bizarre way, Berlin possesses a glimmer of hope amidst the bleakness, for Reed refuses to admit that the most depraved soul lacks the ability to understand, to love, and to feel emotional pain even when numbed by artificial or real circumstances.

As a final note, when Reed performed the entire album on his 2008 tour, he would end the show with a selection of other songs, including “Sweet Jane,” my personal favorite composition. “Sweet Jane” is the Velvet Underground style par excellence: three or four interlocking and catchy as hell melodies, an indomitable riff, and lyrics that still confuse me by exactly what they mean but carry an attitude of optimism, defiance of life’s obstacles, and a belief in love even in the strangest circumstances. And I can think of no better way to sum up Lou Reed’s legacy, why he matters, that he wrote and sang Berlin and “Sweet Jane” with nothing short of the truth, and said what few people have the courage to say to mankind. We’re not as normal or good as we think we are…we can be heartless and horrid and do things which others may find plain weird. But we’re not as bad as we think we are, either, and those sides of us are the ones worth preserving, worth writing about and sharing in so many ways.

And I understand why people responded so much to the death of Lou Reed. Because we need to hear this.