I am guessing that we will all be missing Emma Stone when he hosts solo.

As I sit down to start our conversation about this year’s Oscar nominations nearly 48 hours have elapsed since Seth MacFarlane and Emma Stone announced them. This break between the announcement and our analysis wasn’t necessarily by design, I just got quite sleepy last night. But it has allowed the nominations to sink in a little more, which can only be a good thing, right?

Anyway, even with the break I don’t quite know where to start in our assessments. The biggest news from the nominations, and certainly the biggest shock, is what the Best Director category looks like. Best Director nominations are a necessity for any film to win Best Picture (only Driving Miss Daisy has won it all without a Directing nomination in the past 80 years or so), which means that yesterday morning saw a dramatic shake-up of the race. The Academy snubbed Kathryn Bigelow’s masterful work on Zero Dark Thirty and did the same to the extremely popular Ben Affleck for his direction of Argo. I don’t even know how to convey the seismic upheaval that those misses represent. Both Zero Dark Thirty and Argo were tipped by myself and most others as major dark horses. Either could have snuck past Lincoln and win Best Picture. Without Directing nominations though, both suddenly appear to be dead in the water. I’ve seen a lot of chatter in the wake of the snubs that suggests some other films are stronger than we suspected and could win (most prominently Silver Linings Playbook, which improbably became the first film in 31 years to get nominated in all seven major categories). I don’t really buy that line of thinking right now, though. Until the industry awards start getting really wild, I think that these nominating snubs have essentially cleared the path for Lincoln to win without much of a contest.

The flip side of talking about who missed, of course, is talking about who made it in. In my assessment Bigelow and Affleck seem to have lost their nominations to Benh Zeitlin (Beasts of the Southern Wild) and Michael Haneke (Amour). The former is a first-time director who made his film on a shoe-string budget with a cast and crew almost entirely made up of amateurs. That the film got made is itself something of a minor miracle, much less racking up four major Oscar nominations. That being said, I didn’t find Beasts to be a very successful film. It has some winning performances and the world it represents is an extremely unique and beautiful one. However, I never felt like Zeitlin’s direction managed to harness the material into a satisfying whole. It was a patchwork of magical realism, Malick-esque philosophical ruminations, and psuedo-poltical commentary that never sorted itself into anything but a string of moments. That he got nominated speaks more to people’s admiration of his accomplishment than anything about the quality of his work. On the other hand, that Amour got Haneke nominated for Best Director along with three other prominent nods is wildly strange and welcome. Haneke is an undisputable master of cinema (and I say that having seen only one of his films!), but I had always presumed that his work was too cold, artistic, and “European” to break through with the Academy. I still need to see Amour, but I’m excited to see filmmakers like Haneke find this sort of acclaim from a body that previously gave out such nominations to such cinematic luminaries as Taylor Hackford and Rob Marshall.

Need to see this film so badly…

Okay, that’s enough of me blathering on about just one category. What do you have to say, Andrew?

I timed my workout on Thursday morning so the end of my 6.5 miles on the treadmill would coincide with the Oscar nominations…just as I have never missed a ceremony since 2001, I have not missed the nomination readings since I was old enough to live on my own and watch television at the crack of dawn without disturbing others. And for a long while, while cringing a bit at Seth MacFarlane’s using Michael Haneke as the basis for a Hitler joke, I was enjoying them immensely. Everything I’d loved about 2012 was being recognized in category after category. For once, it seemed the Academy and I were on the same page. But above all, I was, and still am looking forward to this Oscars more than any since 2007. Usually there is one movie which stands out as my favorite of the year, a film I hope touches people the same way as it did me and thus earns the extra bit of immortality that comes with the Oscars’ peer recognition. In 2007, there were two: No Country for Old Men and There Will Be Blood. I didn’t think I’d see another year like that for a long while, and then 2012 gave us Lincoln and Zero Dark Thirty. Two more dissimilar films are hard to imagine, but for me, Steven Spielberg, Kathryn Bigelow, Tony Kushner, and Mark Boal shared a commitment to making art at its best, producing films which would be aesthetically outstanding while leaving the audience with some sincere and deep themes to consider. And with these two movies, they succeeded. I was sure this would be a down to the wire fight.

Then Seth MacFarlane and Emma Stone read the Best Director nominations, and I wanted to punch the TV.

How a group of people committed to honoring excellence in directing could ignore Bigelow as well as Paul Thomas Anderson’s gorgeous cascade of images in The Master is incomprehensible. Anderson is a bit more understandable, since his film’s brilliance goes hand in hand with its impenetrability. But Bigelow made a film which surpassed the quality—very, very hard to do—of The Hurt Locker. She knew when to get sweeping and epic, when to step away and focus on the characters, and how to shoot a spine-tingling action sequence. She was in complete command of tone and style from beginning to end. Only Anderson and Spielberg were so assured this year. 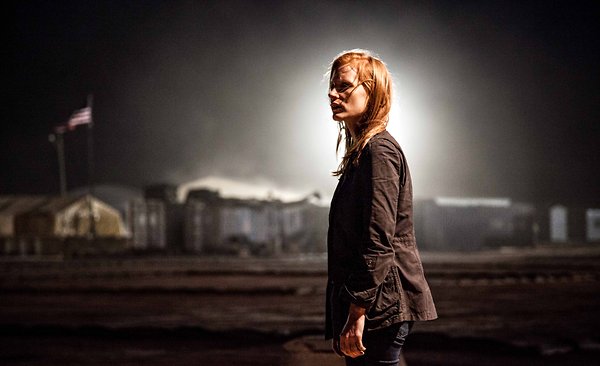 But there is a distinction between directing a movie and the overall movie itself…so I don’t want to begrudge Zeitin. I’m a bit troubled as I always am when we reward the PROCESS of making art over the QUALITY of the art which emerges from the process. However, I need to see Beasts of the Southern Wild myself to judge its success.

And let’s talk about success. Because Alex, except for Bigelow’s omission, this was a pretty damn fantastic slate of nominees! The Best Picture race in particular…the only movie that doesn’t belong is Les Miserables, and that rests only on Tom Hooper’s shoulders and not that of the incredibly talented cast and crew. (And shouldn’t we be thankful that Zeitin and Haneke also kept Hooper from a nomination?) If The Master had been in there in a tenth spot, it would have joined ’07, ’96, ’81, ’74, and ’39, plus one or two others I’m probably forgetting, as one of the greatest sets of Best Picture nominees ever. (In 1974, the combined might of Chinatown and The Godfather, Part II more than cancel out the inspired silliness of The Towering Inferno.) As such, it’s a reminder of how phenomenal 2012 was, and even more, I would argue every movie has a chance to win, no matter how much a “favorite” Lincoln appears to be. I know you and I differ on our reactions to David Poland, but he made a very appropriate comment on the Oscar nods this year: the Academy’s sudden shifting of the nominations deadline had an effect. All the movies that came out at the very end of the year—Les Mis, ZDT, Django—got shorter shrift, while films which had a few more weeks or months—Lincoln, Life of Pi, Beasts, Amour—took more nominations than we expected. They had a little more time to resonate. But now, the Academy has time to consider all the nominees and vote again…and never underestimate the power of a great film and a marketing department alike to change minds.

Indeed, as big a surprise as the Bigelow omission was Life of Pi grabbing eleven nods, second only to Lincoln. It’s hard to know what this means. I haven’t seen the film and heard very mixed reviews. But it is one of the most magical and endearing novels to come out in our lifetime and Ang Lee is a true artist. I’m interested to see how this will play out, especially since those nominations include nothing for acting, usually a death knell for Picture.

And those twenty acting nominations: hard to know how you could have picked a better group. It was great seeing all the stars of The Master get nominated, as well as The Silver Linings Playbook, a film I have not seen but now need to, along with Amour. (Jennifer Lawrence has two Best Actress nominations in her career already. Can we stop to think about that?)  And it was gratifying to see that while the Academy ignored Bigelow, they did recognize that Daniel Day-Lewis and Jessica Chastain gave the performances of the year…thus far. Now they both need to win. As well as Phillip Seymour Hoffman and Anne Hathaway…but again, it is still anybody’s award right now.

So that’s my next question for you: who do you think will win a few categories, and who do you want to win, and when those answers are dissimilar, why do you think your preferences won’t win?

(And one day Wes Anderson WILL get an Oscar. I promise.)

(And I would love to see Wreck-It Ralph and Paperman be an Oscar-winning double feature.)